I met a woman overnight. It’s hard to describe this person. She was on one hand terrifyingly and seemed at first to have a massive chip on her shoulders but I don’t mean that in the traditional sense. It was clear that she had been through a lot and it was apparently clear when she looked at you. It wasn’t a look you come by everyday. She had the ability to look straight through you with a piercing stare and if she caught a whiff of any insecurities, she would rip it apart and laid it out for the whole world to see. To most people I guess she could come across as cocky, bitchy and mean. What she lacked in ‘warm hugs and kisses’ she made up for with brutal honesty, genuine care and concern for people she had never met before. At the same time she embodied a quality that seemingly was becoming a rare trait in humans these days. That being a person who is open, honest and does not waste times. She chooses to live in a world and rescue those preyed upon by those who frequent a place within themselves and now sit somewhere between being a straight up manipulative, deceiving sociopath hell bent on finding pleasure in someone’s pain and someone who doesn’t care about anything enough to treat them with respect let alone honesty.

Although I could tell she was passionate it did come across as mean and rude at times. However I could tell she didn’t mean it in a way to hurt me. From the moment I got there I noticed she was set on working out who I was. In the beginning she had a slight scowl to her face which eventually turned into a smile. This coupled with a sense of urgency. This sense of urgency was was for a reason. 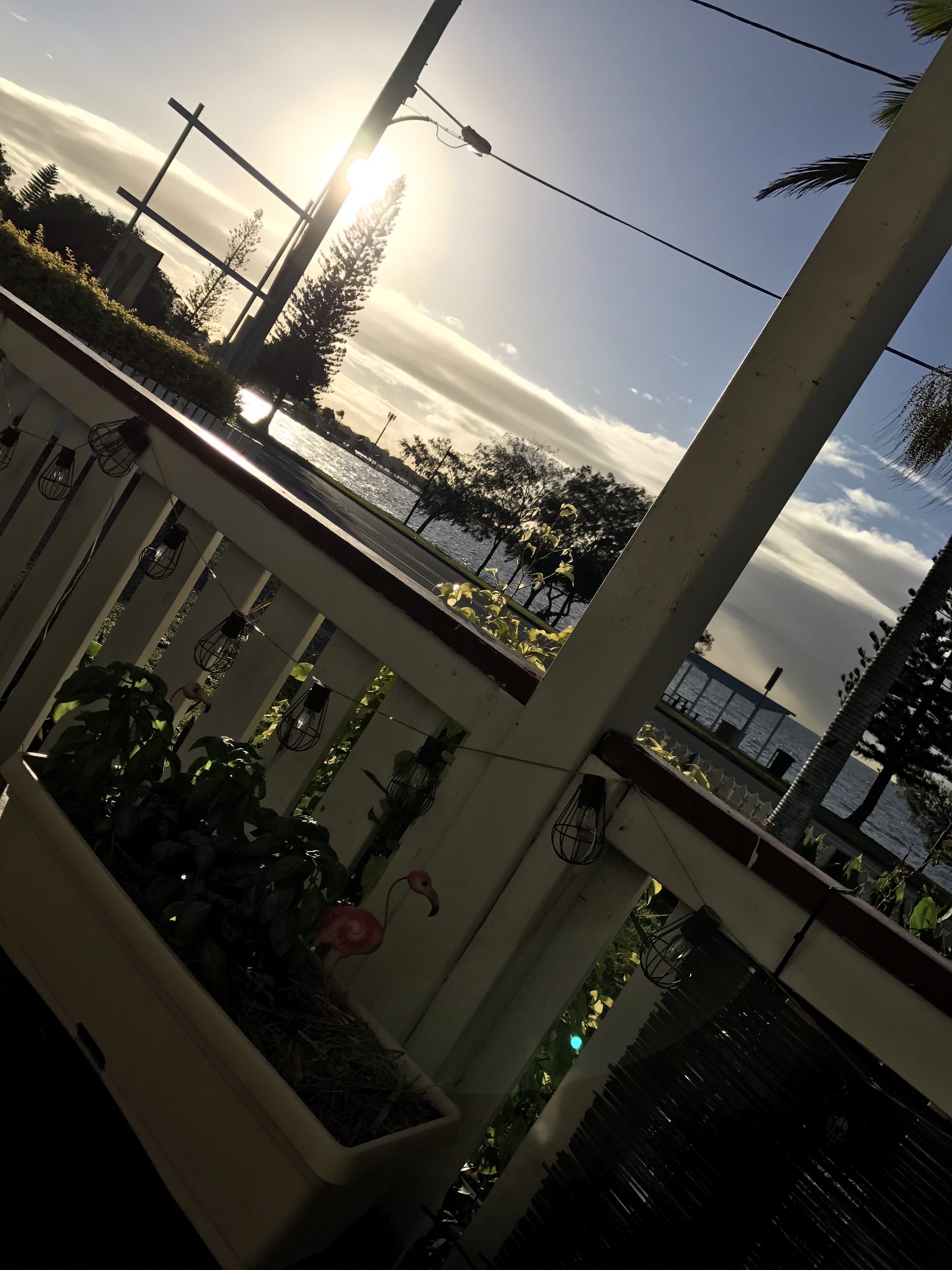 You see she had been given something a lot of us don’t get in our lifetime. That was a date for the end for this sometimes painful existence. Some might say knowledge is power but is there any power in knowing you are still so very young with plenty to experience yet know you are dying? A young son to still see so much of and be around for but multiple cancers, now effecting her thyroid and have taken that possibility of recovery away. 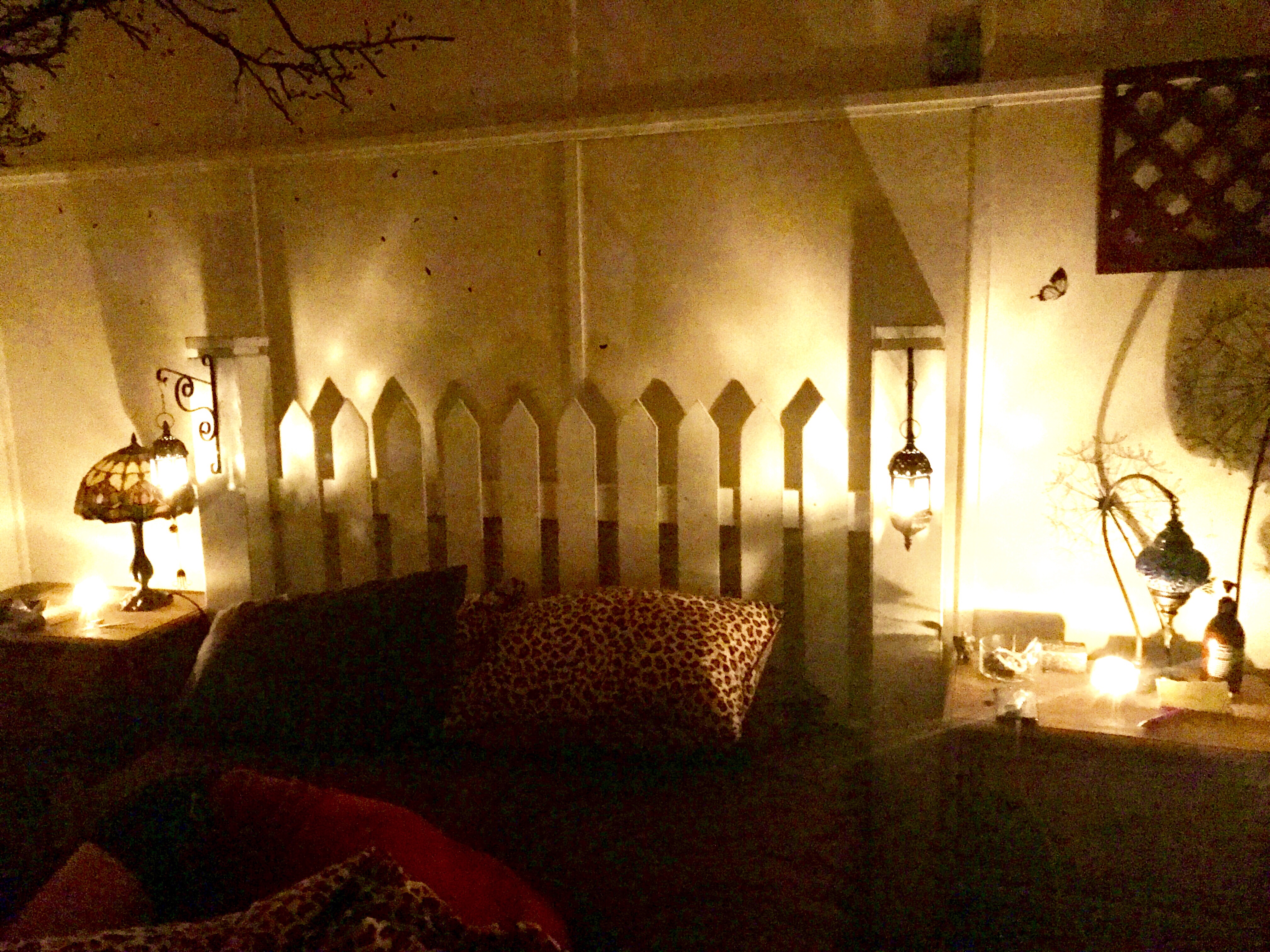 Sometimes it may come across as if I don’t get it or I am defending my actions. Well in a sense I am at the time. One thing about that is I don’t let those feelings stop me from seeing the truth or deciding that my problem is so big and it cannot be acknowledged. This then resulting in me making the decision to choosing delusional thought patterns that waste the rest of their lives. Some people live a life consisting of their heads up my ass as it’s too hard to just look at my shortcomings honestly, not for anyone else but myself.

When I was in one of my therapy session last year, the lady told me I had no boundaries! She told me this at the end of the session and then said we’d catch up next week. I left the office thinking ‘who does she think she is?’ and thinking that it was a rude comments. Throughout the week however I thought more and more about that comment. One week later I walked into her office and the first thing I said was ‘do you know you’re right, I don’t have any boundaries’. I realized that meant I have a tendency to listen to everyone’s and anyone’s story and take it on. I often take on the problems of a complete stranger rather than having to ‘live in the moment’ when it comes to my own problems. I know I often distract myself rather than face my own head on. I do need a consistent reminder of that. It doesn’t make me selfish to put myself first because first means getting one step closer to having my son home. Making ‘me’ strong, independent, resourceful, competent and most of all happy and healthy is what he needs. I would never put him in a car with a drug crazed lunatic as I need to be big enough to accept that the drug crazed lunatic is me. Or at least was me! There is no changing it but I do have the power to prevent it from continuing!

To my new friend who is both beautiful and terrifying. Thank you for your offer. But like you said I need to stop being weak and in a way led by others who are not so genuine. I would love to take you up on your offer but like you taught me, I need to do this, it can’t be done for me. 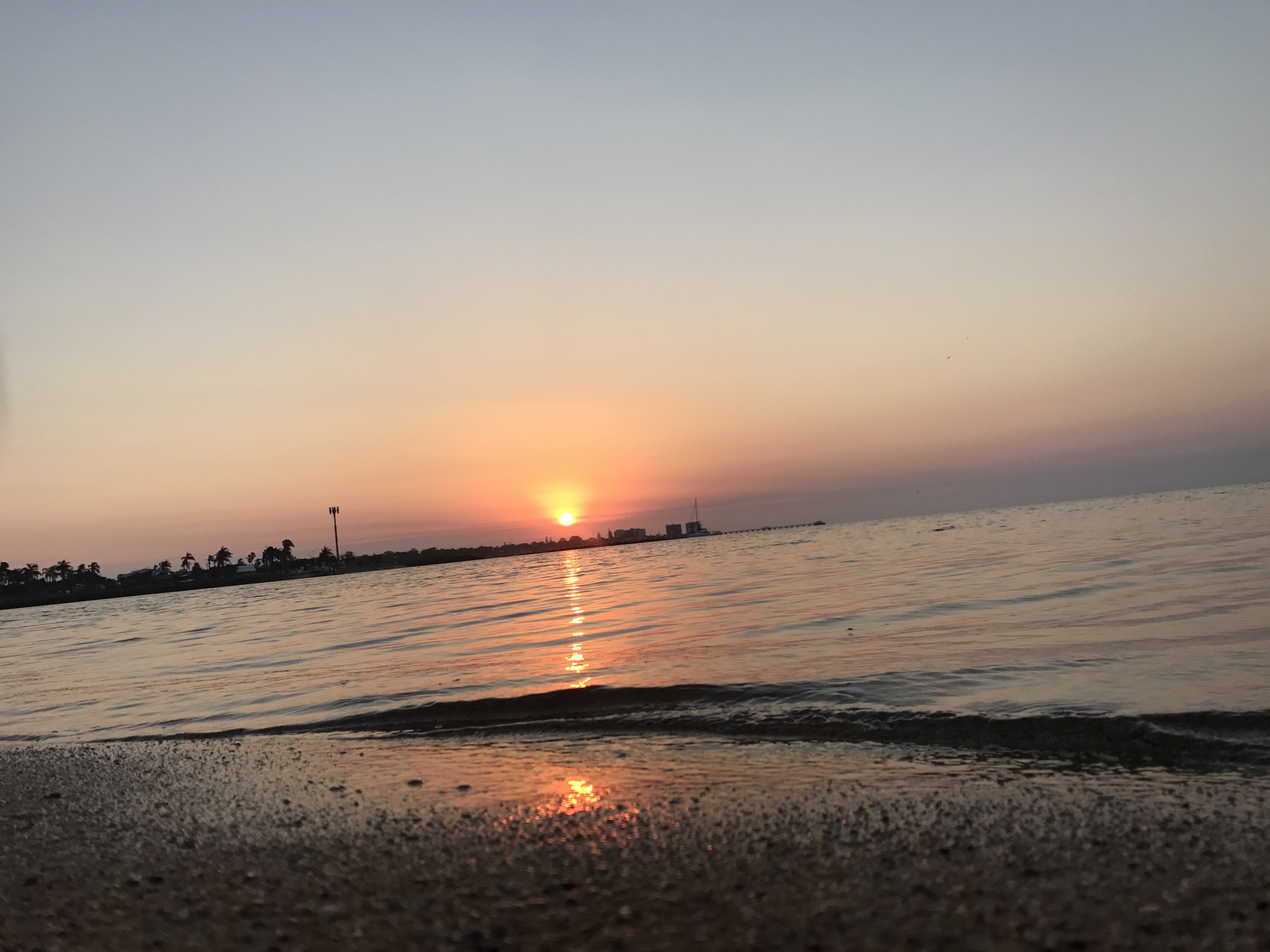 So as of next week I move outside of my comfort zone and I get back me. Although loosing the home that was mean for my son and I earlier this year was devastating and possibly the reason for this funk I’ve found myself in. I must now brush it off and get back up. With a new home comes an new beginning. I need to let go of how I looked at this previously as a home for my son and I as this new home is for me. I have a lot of work to do on me and shouldn’t fall into the trap or getting ahead of myself. Maybe that was the case with the last place. Maybe I’m doing this on purpose so I can wallow in the shit. If that’s the case I need to accept it and destroy things properly but right now I am just treading water meanwhile my son misses out. Just because I put my life on hold because I’m too scared doesn’t mean his life is on hold.

To my new friend who gave me a lot to think about thank you. Thank you for not being like the rest of them who say ‘oh no that’s terrible’ and never give any real advice or help the situation. There have been a few, not many who I can honestly say have been a source of strength and I wholeheartedly add you to that list. Your situation albeit not optimistic I think what you are doing with it is one of those things that only comes around once in a lifetime. You will despite what you know to be reality will live on through others and probably help shape healthier generations which is no small feat. Besides the basics that is fundamentally what I want for my son so thank you from me who is down this track just waiting to live a healthier stronger life. I will stop procrastinating and make sure you get to see her!

Where do I start?

Well with the move firstly but where do I start when it comes to me? I guess realizing what I want! 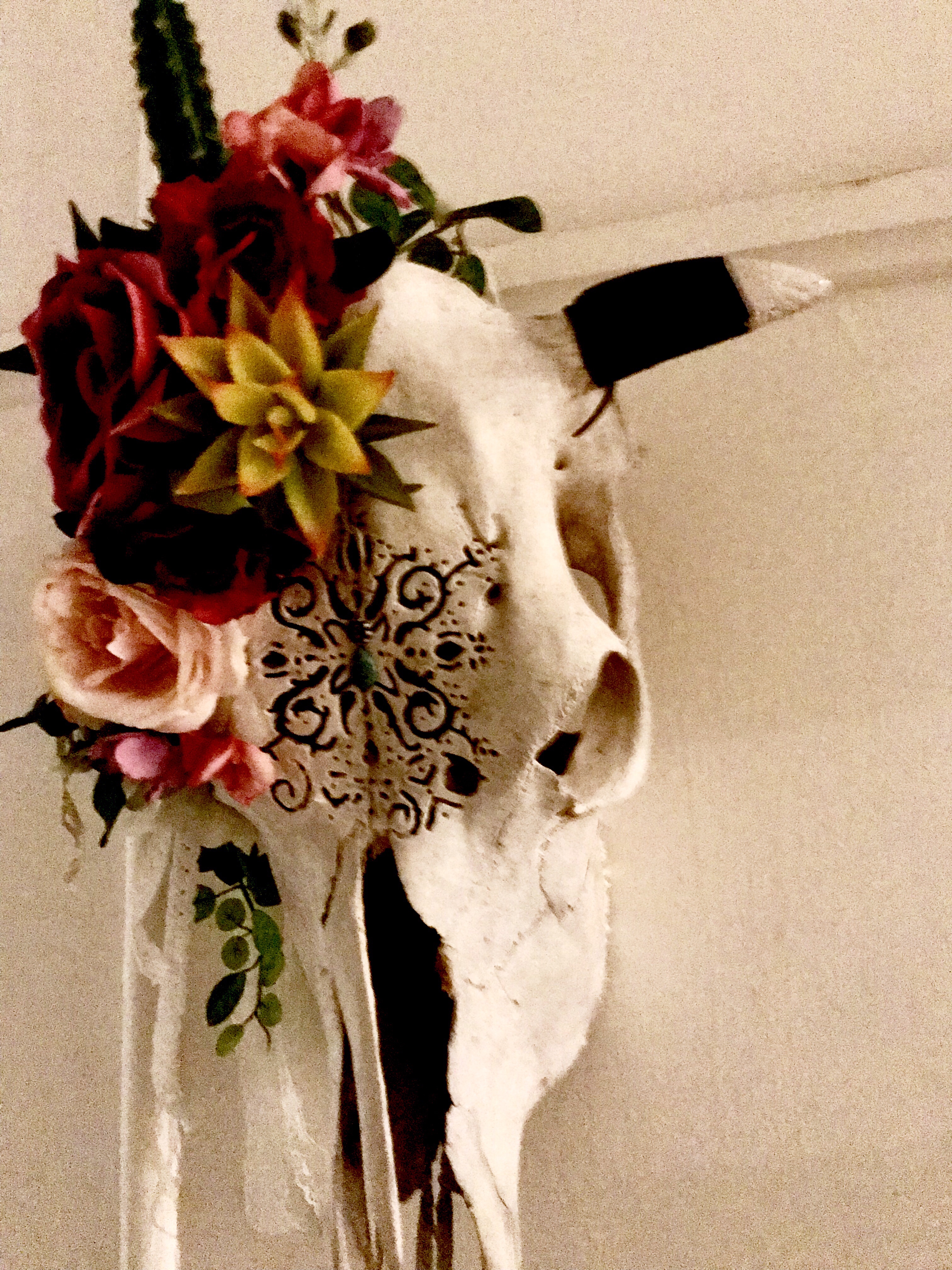 What do I want?

I love my mirrors and will continue doing them but I think I want to do this! I want to write and concentrate on my photography! I want to tell my story and the ones of other and incorporate my photos.

How do I do that?

I guess that’s where I start tomorrow! With the move brings more opportunity to be part of the hustle and bustle so maybe it’s just a case of rocking up and making myself known with any writing houses or newspapers? Maybe go back to uni? Maybe the library? Maybe just out on the street others capturing stills of this world? Last week I managed to get back into the workforce after almost a year with no issue. I can tick that off but tomorrow is a new week and there are plenty more things I need to check off before he comes home so there really is no time to waste. For now I am not really too sure but sometimes just like you meet people at the most unexpected time, life just comes at you whether you’re ready or not.