Day 1,197 Of Domestic Violence – Sometimes Dickhead Friends Are Worth Having Sometimes 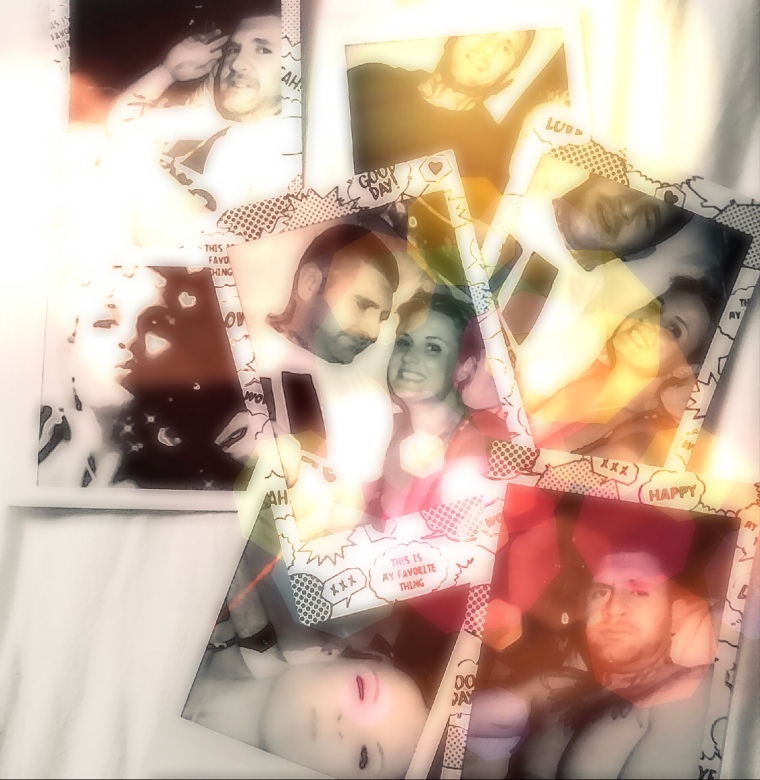 I started writing this about a day ago. Normally these begin well but end the same. Crashing and burning and me left wondering how I could have missed the obvious signs in front of my face the entire time. This being the reason for such a wide selection of misfires to choose from.

I often want to delete some of these kinds of entries but I’m using this platform to both show a real depiction of my life as well as a tool for me to learn from. Deleting them seems like putting a filter on my photos, it’s not the real story then is it? It becomes more of a ‘prettied up version’ and for the interest of this being a learning tool I’m guessing not a lot of growth will come from the glamorised version?

This time I decided to wait for a sign that this wasn’t like the rest. Today I think I got that text message.

So every now and again people come along and make you stop in your tracks for a moment.

Who would have thought turning up to support a friend who was moving out of my dickheads ‘ex friends’ place could result in a lovely little adventure with a mischievously sweet creature who was stranger than strange, much like myself. Now as much as he seems to be a lot like me at the same time he is not an easy one to work out which is not something that happens often.

This strange night was giggled away and involved the realisation that ‘girls can in fact drive’ for starters. It involved a mountain, poor quality internet connection but we will blame the disappointing shed rat for that!! There was some random roadside Thai food in a park, which in the end was carried away by giant ants as the mosquitoes ate what was left of us. There was a very messy bedroom, questionable comments regarding the first testament and it’s relevance, an introductions to a lovely little mum in a face mask wondering why I was in need of a payment system for her sons services, wasted orange juice, Japanese lemonade with a side of ‘what the hell is that shed rat doing?’ and finished off with delicious karaage chicken, deep fried Camembert and shitty coconut inspired iced coffees.

Yep all in a less than 24 hour period!

So why the intrigue? I’m guessing it’s his willingness to be so openly vulnerable. What does this mean though in the long run? Well simply it is one of the following three things.

1. It’s all an elaborate trick my brain is playing on me again. Possibly a future perpetrator using my past issues to weasel their way in. This means I am purposely over looking all of the ‘warning signs’ and playing fairytales again.

2. The next possibility is that this was a spontaneous accident. That he is still with his partner and my powers of mesmerising men have got a hold of him. That it was what it was and never to be again.

3. The third reason could be that this is real. That I found someone like me? Although for now my focus is on my son I still haven’t ruled out anything or decided I’m too damaged to try again.

This could end with the fairytale I’ve been stupidly wandering around looking for but questioned whether it was real or not?

It also may not work or even go anywhere! This could be because of previous baggage, different directions or a whole host of things.

It does mean it could have the potential to be one of those experiences that helps mend some of the damage which has been done. Someone who understands me and being like me is probably not going to hurt me further in the most negative ways like a lot of the other have.

This is as far as I got. I stopped writing coz I though to myself, ‘for fuck sake how many of these will you blindly write and pretend you don’t see a pattern before you get it?’.

So today I got a text. The text outlines that the ‘magical time’ we had together was not a real depiction of his life and that he was in fact pretty serious within his life, eats healthy and goes to bed early on week days amongst other things. It wasn’t the usual smoke and mirrors.

This text being the reason I decided to finish this post;

Who would have thought being straight about who you are would be a bad thing? If they give me a ridiculous back story they can never live up to or maintain that cracks won’t eventually appear? I don’t understand how some people think, maybe I won’t notice?

That’s the thing about lies or living a life you’ve made up, PEOPLE NOTICE and it’s really just a waste of everyone’s time!

So in the interest of seeing what happens and not overanalysing everything I’m going to leave it there and let this take its natural course. This time I’m not going to miss the moment because I’ve spent the entire time thinking of every last outcome only to realise I’ve missed the moment.

But to the strange boy with a shed rat for a friend, ‘thank you for the laughs, I have not had that much fun for a while! Thank you for the honest/non glamorised snapshot of your life! Maybe one day we could eat healthy and go to bed early on week nights?’.

I can’t see the future but I can say ‘honestly’ this time that this one I am a little more confident won’t become a ‘hostage style situation’ type of something!

And yes I am just fine with that!

One Comment on “Day 1,197 Of Domestic Violence – Sometimes Dickhead Friends Are Worth Having Sometimes”